Thank you for your patience while we retrieve your images.

Created 11-Feb-09
Modified 3-Oct-12
Visitors 82
42 photos
Wyzzy, BasquLaine Serenzippity CGN, RN, HS was born 05/17/2007 to BasqueLaine Ulysses of Toome "Kieran" x Mahagonny's Rites of Passage HIC P-BAR, our beloved "Marissa". Wyzzy is proudly owned by Lori Thomas. Wyzzy is a herder extaordinare! Square & light on her feet, she covers the ground with ease. Nothing escapes her watchful eyes and quick mind! She is social, charming and playful with people and other animals, respectful of her stock and independent. She can make her own decisions quick and accurate, but she loves to work for her favorite human, her mom Lori, and will do just about anything in her power to make her happy. Wyzzy is a farm girl and works not only for titles, but for keeps, proudly watching over her stock. Occasionally, she puts on her pretty dress and ventures out to meet show dog community. At her 1st attempt to showing, Wyzzy was 1st in the Open Tervuren Bitch class under breeder judge Pauline Stern-Hanf of Belgium (2010 Canadian Nationals) and has since gained 4 Championship points in two days going WB and BOS over a special at a Supported Belgian entry show.


She has her CKC Rally Novice title with first places, and her CKC herding Started title including Two High in Trials. She finished her HS in three straight trials with scores of 92.5, 94.5 and 98.5 / 100.


She also earned her CGN, CKC Canine Good Neighbour, and what a good neighbor she is!!!

Wyzzy is the dam of the Elevation Up litter, co-bred by Lori Thomas and Kelley Hoffman. This was an intervariety breeding in Canada between Wyzzy (Tervuren) and Idol (Malinois). The pups are growing up nicely.
© BasqueLaine Belgian Tervuren & Pomeranians 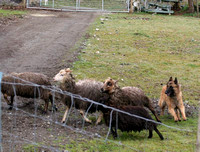 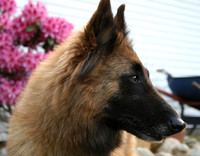 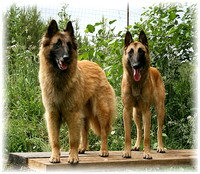 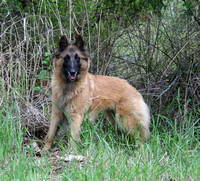 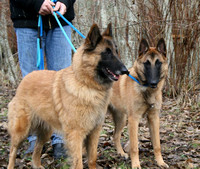 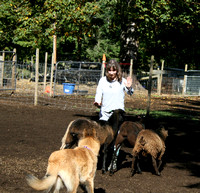 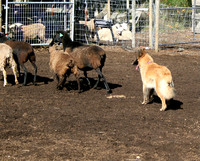 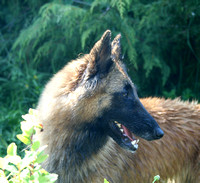 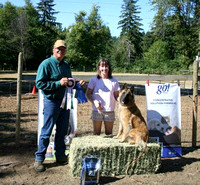 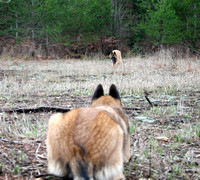